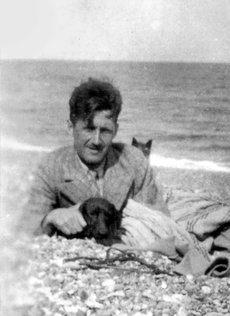 Orwell once defined himself half in jest—but only half—as a “Tory Anarchist.” Indeed, after his first youthful experience in the colonial police in Burma, he only knew that he hated imperialism and all forms of political oppression; all authority appeared suspect to him, even “mere success seemed to me a form of bullying.” Then after his inquiry into workers’ conditions in northern industrial England during the Depression he developed a broad nonpartisan commitment to “socialism”: “socialism does mean justice and liberty when the nonsense is stripped off it.” The decisive turning point in his political evolution took place in Spain, where he volunteered to fight fascism. First he was nearly killed by a fascist bullet and then narrowly escaped being murdered by the Stalinist secret police:

What I saw in Spain, and what I have seen since of the inner workings of left-wing political parties, have given me a horror of politics…. I am definitely “left,” but I believe that a writer can only remain honest if he keeps free of party labels. [My emphasis.]

From then on he considered that the first duty of a socialist is to fight totalitarianism, which means in practice “to denounce the Soviet myth, for there is not much difference between Fascism and Stalinism.” Inasmuch as they deal with politics, the Letters focus on the antitotalitarian fight. In this, the three salient features of Orwell’s attitude are his intuitive grasp of concrete realities, his nondoctrinaire approach to politics (accompanied with a deep distrust of left-wing intellectuals), and his sense of the absolute primacy of the human dimension. He once identified the source of his strength:

Where I feel that people like us understand the situation better than so-called experts is not in any power to foretell specific events, but in the power to grasp what kind of world we are living in.

This uncanny ability received its most eloquent confirmation when Soviet dissidents who wished to translate Animal Farm into Russian (for clandestine distribution behind the Iron Curtain) wrote to him to ask for his authorization: they wrote to him in Russian, assuming that a writer who had such a subtle and thorough understanding of the Soviet reality—in contrast with the dismal ignorance of most Western intellectuals—naturally had to be fluent in Russian!

Orwell’s revulsion toward all “the smelly little orthodoxies that compete for our souls” also explains his distrust and contempt of intellectuals: this attitude dates back a long way, as he recalls in a letter of October 1938:

What sickens me about left-wing people, especially the intellectuals, is their utter ignorance of the way things actually happen. I was always struck by this when I was in Burma and used to read anti- imperialist stuff.

If the colonial experience had taught Orwell to hate imperialism, it also made him respect (like the protagonist in a Kipling story) “men who do things.”

In the end, Orwell seems to have essentially reverted to his original position of “Tory Anarchist.” In a letter to Malcolm Muggeridge, there is a statement that seems to me of fundamental importance: “The real division is not between conservatives and revolutionaries but between authoritarians and libertarians.”
…

From the very start, literature was always Orwell’s first concern. This is constantly reflected in his correspondence: since early childhood “I always knew I wanted to write.” This statement is repeated in various forms, all through the years, till the end. But it took him a long time (and incredibly hard work) to discover what to write and how to write it. (His first literary attempt was a long poem, eventually discarded.) Writing novels became his dominant passion—and an accursed ordeal: “writing a novel is agony.” He finally concluded (some would say accurately), “I am not a real novelist.” And yet shortly before he died he was still excitedly announcing to his friend and publisher Fredric Warburg, “I have a stunning idea for a very short novel.”

As the Letters reveal, he reached a very clear-sighted assessment of his own work. Among his four “conventional” novels, he retained a certain fondness for Burmese Days, which he found faithful to his memories of the place. He felt “ashamed” of Keep the Aspidistra Flying and, even worse, of A Clergyman’s Daughter and would not allow them to be reprinted: “They were written…for money…. At that time I simply hadn’t a book in me, but I was half starved.” He was rightly pleased with Coming Up for Air, written at one go, with relative ease; and it is indeed a most remarkable book—about an insurance salesman who finds that the places he knew as a boy have been ruined—and it is quite prescient, in the light of today’s environmental concerns. Among the books worth reprinting he listed (in 1946—Nineteen Eighty-Four was not written yet) first of all, and by order of importance: Homage to Catalonia; Animal Farm; Critical Essays; Down and Out in Paris and London; Burmese Days; Coming Up for Air…